Tips For Blocking Odors With Paint

There are many reasons why a house can smell. Smoke odors from cigarettes or fires, animal odors, or old water damage can all lead to less-than-pleasant odors that seem to emanate from the walls. Removing the cause of the odor and cleaning thoroughly often isn't enough to completely get rid of the smells, especially if the plaster or drywall has absorbed the odor. Fortunately, a new paint job may be able to solve the problem.

Start With a Full Cleaning

Certain odors are more difficult to remove than others. For example, smoke damage tends to leave behind greasy (and smelly) residue that causes the odor to persist even if you try to paint over it. The walls should be cleaned with a cleanser that is designed to remove whatever is the source of the smell. That means a grease-cutting cleaner for smoke, an enzyme cleaner for pet odors, or a fungicide for mold and mildew. By cleaning, you can also find the exact sources of the odors so you can make sure they are properly targeted when you move on to the painting step.

Odors don't just hide in the walls. The cause of the odor may have infiltrated into and under baseboards and trim, as well. Instead of taping the trim off before you paint, it's a better idea to remove it completely. This way you can clean behind the trim and paint the trim separately to help seal in any odors it has absorbed. Further, removing the trim allows you to paint behind the trim, thus sealing in the odors that may have soaked into the wall.

Not all primers are created equal. Many are simply a base coat that is designed to even out the paint color so the fresh paint goes on more evenly and smoothly. If you are dealing with foul odors in the wallboards, then you need to opt for a primer that is designed to seal in both stains and odors. Most of these primers are considered a one-coat application, but a second coat can be helpful if the odors are especially persistent.

An odor-sealing paint is not as porous as standard paint, so it is able to further lock in odors. You will need to apply two or three coats to ensure both even coverage and a full odor barrier. If you cannot get your desired paint color in an odor-sealing variety, there are clear sealers that are designed to block odor. You can apply these over your paint if you still need further odor mitigation. 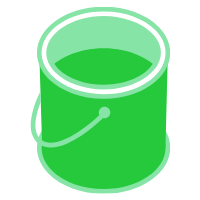 When it comes to renovating your home, one of the easiest ways to make a change is to repaint or re-wallpaper your rooms. But, what is the best way to start this process? Painting and wallpapering can be done for you by professionals, but there are decisions and prep work to be done before they can do their job. Choosing paper colors, stripping old wallpaper and knowing the signs of damp are all different topics you can learn about right here! When it is time to make changes to your home's interior, it pays to do plenty of research so you make the right choices.

Fresh Greens: Why You Should Consider Herbal Shades Of Green Paint For Interior Remodeling
26 April 2022
If you have been searching online or looking through magazines to get ideas for a home remodeling project, you are probably seeing a lot of green. Wil …

Give Your Home A Fresh Update With Paint: What You Should Know
23 February 2022
If your home needs some updating, paint can really go a long way. You can freshen your home and bring it into this decade with a fresh coat of paint. …